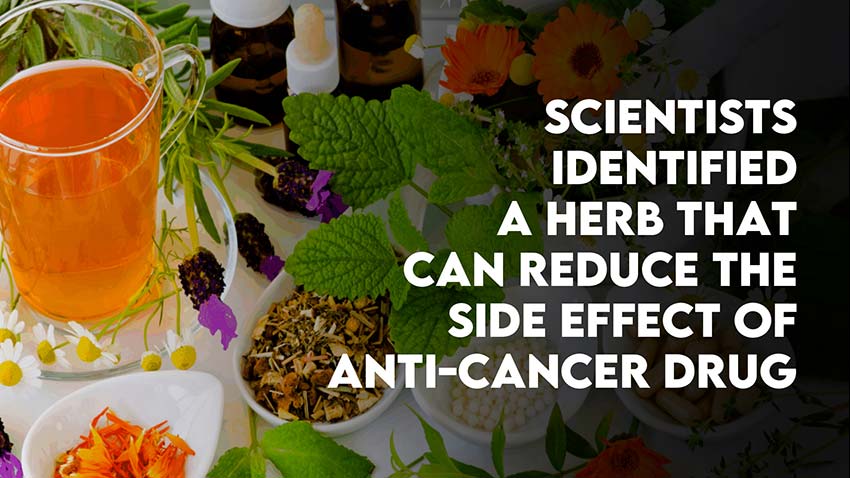 Doxorubicin or DOX is a well-known drug for its effective chemotherapeutic potential against a wide range of malignancies like breast cancer, sarcomas, Hodgkin’s disease, non-Hodgkin lymphomas, acute leukemia, etc. Apart from common side effects, this anticancer drug has been shown to produce damaging effects on the heart, otherwise known as cardiotoxicity, as a long-term side effect.

It is believed that this cardiotoxic effect is due to the oxidative stress that DOX causes.

In an attempt to limit this oxidative stress, caused by this otherwise excellent drug, a group of scientists from October 6th University, Egypt observed the effects of a herb – Jasonia Montana on a rat model.

Jason Montana is a herb found in the Mediterranean and is commonly used to treat diarrhea, stomachaches, and chest diseases. This herb is rich in polyphenols and flavonoids. These polyphenols have higher antioxidant properties than vitamins C and E, which is why it is expected to reduce the oxidative stress caused by DOX. To further increase its effectiveness, they used aqueous extract-selenium Nanoparticles of Jasonia Montana.

The team concluded that the Jasonia Montana aqueous extract-selenium Nanoparticles have a strong potential to protect the liver against DOX-induced liver toxicity by normalizing the levels of oxidative stress.